After a disappointing first day at the 19th Asian Youth Tenpin Bowling Championships (AYC), Indonesia, Singapore and the Philippines played stronger in the doubles events, resulting to their first podium finishes.

Indonesia’s second pair, composed of Paolo M. Hernandez and Billy Muhammad Islam, prevented Korea from taking gold and silver after scoring an impressive 488 and 485 on their fifth and sixth games. Paolo and Billy posted a total of 2639, which was enough for a second place finish. 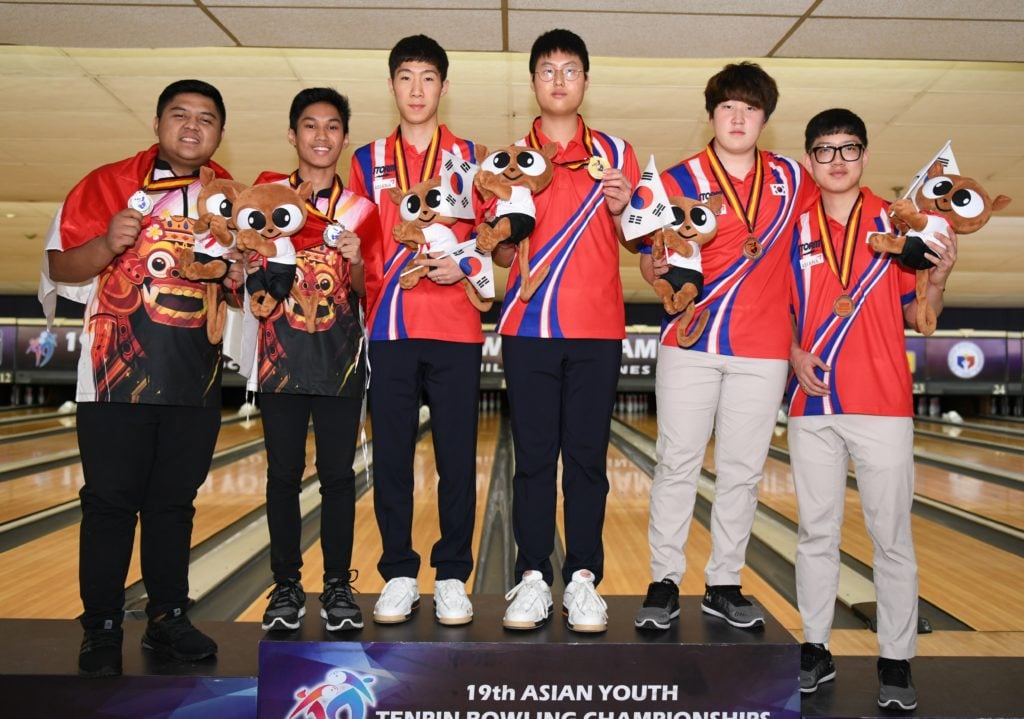 Ahead of them was Han Jae Hyeon and Lee Ju Hyung, Korea’s first pair, who despite posting lower totals in the last two games (410 and 388) managed to maintain the top spot with a series of 2698. The second Korean pair, Park Geon Ha and Lim Seong Lyul, settled for bronze with 2619. 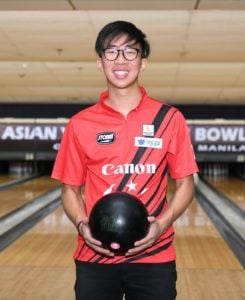 Jomond Chia bowled 300 in his first game for the doubles events, which is first perfect game of the 19th AYC, held at the Coronado Lanes in EDSA Starmall, Mandaluyong City.

The excitement in the boy’s doubles competition was carried over to the girl’s division, as 17 pairs battled for medals. Singapore and Philippines specifically made up for their performance in the singles competition by winning silver and bronze.

Singapore’s Charlene Lim and Jermaine Seah had a slow start, posting less than 400 pins in their first three games. They, however, managed to pick up their games midway and scored 2345 in total, which was enough to beat the Philippines’ 2322.

Philippine pair Bea Hernandez and Nina De Vera struggled after their 307 total in the fourth game, but maintained their composure to prevent Malaysia’s Nur Ammerahusna and Nora Lyana Nastasia from medaling. Malaysia, who bagged two medals on the first day of the tournament, missed the girl’s doubles podium by just five pins.

“It feels great to finally capture a medal for our flag and country,” expressed Bea, the captain of the PH girl’s team. “This proves that the Philippines isn’t far behind everyone else. Despite the lack of time for preparation, it all comes to what happens on the day itself, truly nothing was impossible.”

“Personally, this was a really big achievement for me. For the past few tournaments and quarterlies, I’ve been practicing my mental game. Honestly, I had a hard time controlling my emotion yesterday. It was a challenge to control my temper and frustrations especially after bowling a really low game. But it was a learning process and I’m glad I got to overcome my weakness.”

While Singapore and the host country Philippines were relieved to finally medal in this youth bowling competition, Korea effortlessly parades their dominance in the sport.

Their doubles gold medalists Yang Da Soma and Lee Jung Min posted four scores above 400, making it impossible for any of the other 16 pairs to catch up. The Korean girl led the competition by more than 200 pins and totalled 2530. In just two days, Korea has bagged 3 golds and 1 bronze  in the 19th AYC.

In the upcoming days of the tournament, the youth boys and girls will compete for team and masters medals.

All Photos are courtesy of Mr. Terence Yaw of abf-online